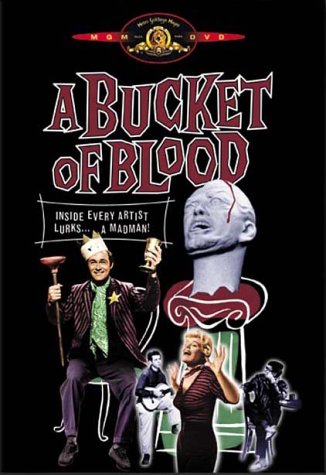 Last nite's date nite in with roomie, Mr G, was a real piece of art, Roger Corman's
A Bucket of Blood.
Nerdy busboy Walter Paisley (Dick Miller) just wants to be in with the hip Beatnik's he serves at the local cafe. But he's a lousy sculptor. That is until he finds his true muse:
Murder... duhn,duhn,duhn! 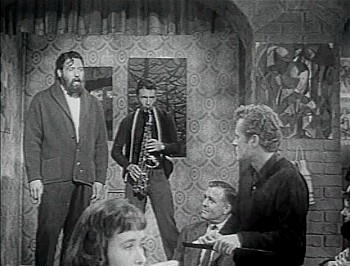 (All this pretentious poetry I'd be driven to kill too!)
After accidentally stabbing a cat stuck in a wall (it happens), Walter becomes the toast of the art world when he slaps some clay over the cat corpse (hilariously complete with protruding kitchen knife) 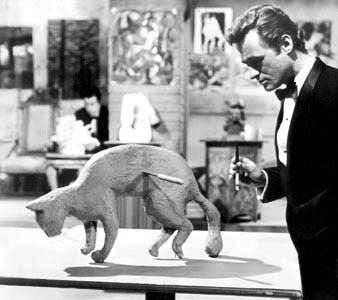 (Really? You covered a sharp knife in clay too? I'm supposed to believe that?)
The Beatniks find meaning in his work but his work means offing some more supporting cast. Walter takes out a construction worker with a buzz saw, a cop with a frying pan (beware Village People!) 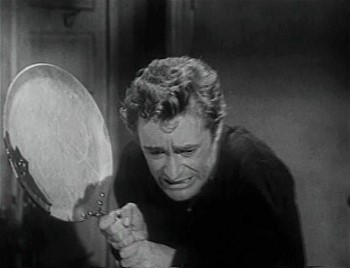 
and strangles some snotty model with her own scarf 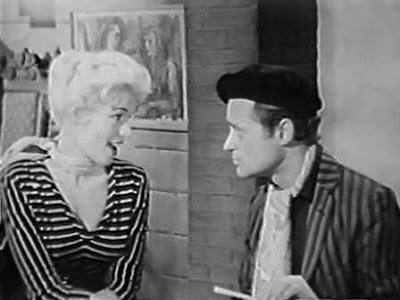 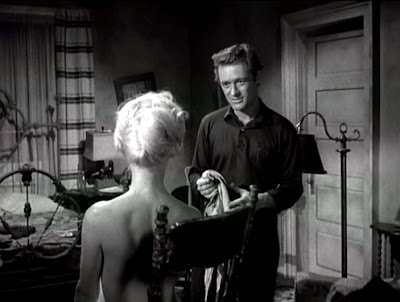 ("Trust me, you little B, the audience will cheer me on!")
Chase scenes, saxophone solos, rounds of spot the Williamsburg fashion inspiration, everybody's favorite drunkard Gremlins neighbor, Mr Futterman on a farcical killing spree and this no make-a da sense king/jester on a throne with a toilet plunger as a scepter moment 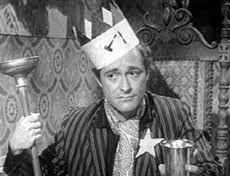 ... another great classic for the DVD vaults!
Posted by mac at 8:21 PM