Battle of the Kate's Round 1 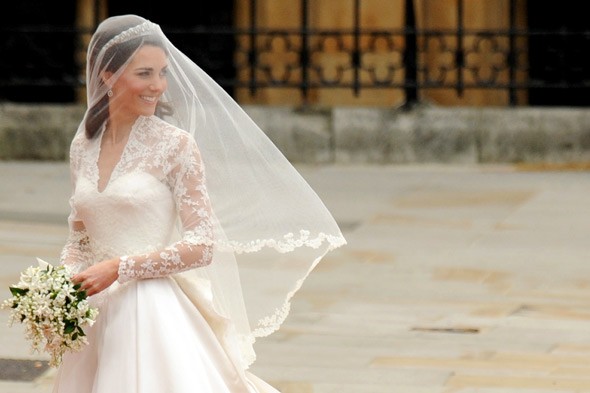 Well, the battle of the British Kate's gettin' married has drawn first blood. Kate Middleton became royal this morning and she did so in a full lace look by British designer Sarah Burton of Alexander McQueen 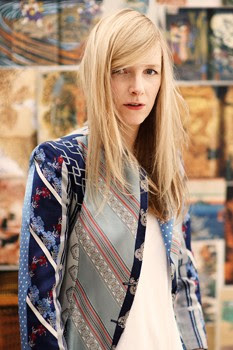 (Make 'dat money, girl!)
No surprise here. Fashion blogs have been buzzing for weeks that Sarah Burton would land the gig despite a bunch of designer red herrings released by the press in the recent weeks.

But what about the dress? 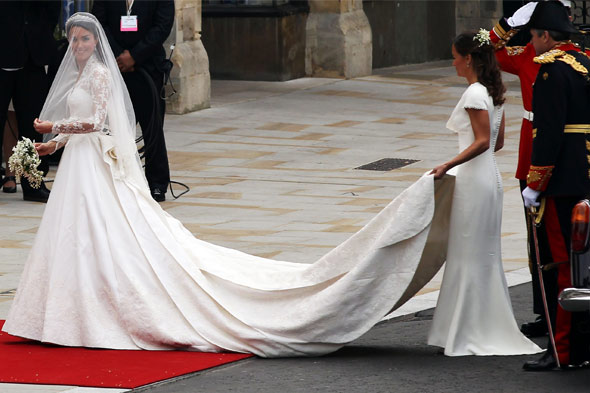 Anyone else think it's a bit mumsy for such a young girl? I know dress makers Long Island over are scrambling to knock it off already but will the modern American girl really want all that lace, covered arms and delicate English rose look?


And this is a McQueen look? With the MET previewing its McQueen respective in Vogue and online, just imagine the glamour she could have pulled out. Yes, she looks sweet and refined here, but she could have looked POW and you gotta pull out a TKO if you wanna beat Ms Moss, my dear.