The 70's influence that emerged so strongly in Spring 2011 carried over to Fall's high waisted, flared pants trend with inspiration coming from such disparate sources as Charlie's Angels, Greg Brady and Bianca Jagger.

Hey I'm down, but designers there's a big fat elephant in the room here: the 70's were a different time. A time when people were less sedentary and dependent on fast food. It's tricky to predict how much this high waisted trend will translate into solid retail dollars and the reach of consumers it will speak to in the year 2011 when obesity rates are at our highest ever in the states and rapidly growing internationally.

But if we suspend thoughts of dollars and merely enjoy some fun clothing, then there's a deluge of fabulous fashions to take in. There's something for all here from the Parisian teen smokin' on the bridge to the just arrived in the big city editorial assistant to the trophy wife (and really, that's all walks of life covered, right?) 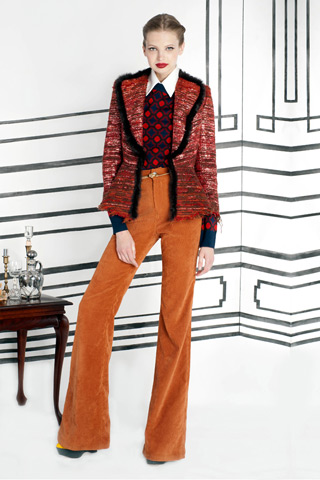 (Alice + Olivia do a literal 70's spin in corduroy) 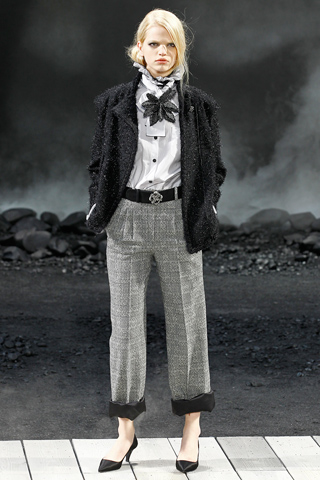 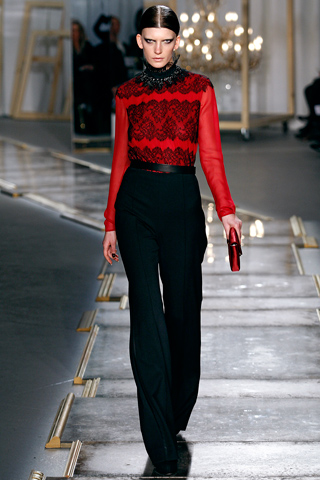 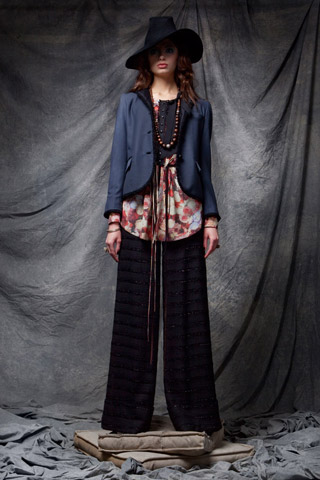 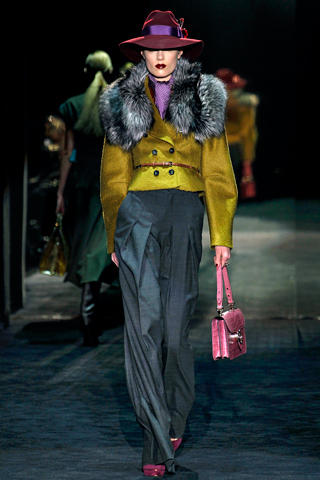 (Yes, it's more Dietrich than Fawcett, but Gucci's pants are too beautiful to not include) 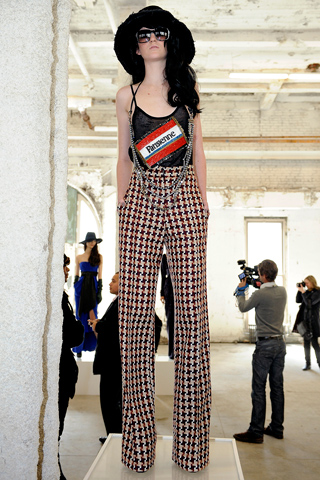 (Catherine Malandrino asks: why are the French so obsessed with hip hop?) 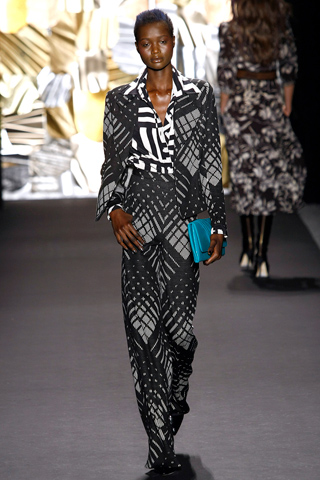 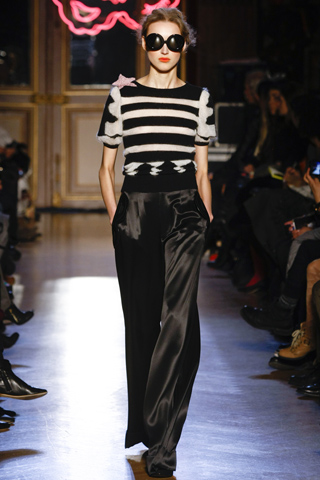 (Tsumori Chisato's satin pants and patterned sweater is by far my favorite)
Posted by mac at 9:08 AM