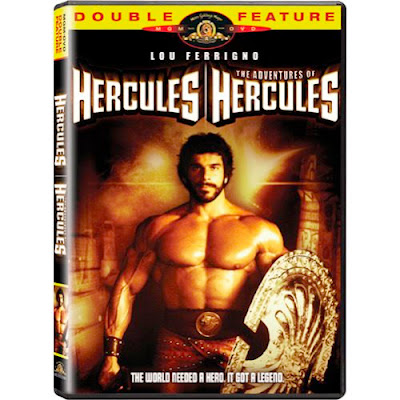 Ok laid up for almost a week plied full of Percocet, you don't really get too picky about what's on the t.v, aka your constant companion. Exhibit A: "The Adventures of Hercules" a 1985 Italian mess starring our favorite great Hulkster, Lou Ferrigno. Obviously muscles was the only prerequisite, although I guess Lou does his best with what he's given 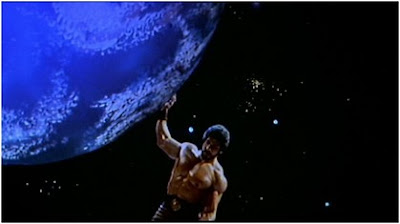 And boy is it quite a present! These special effects obsessed Italians are three years late to the "Tron" game (Hell, some of these graphics look straight up "Xanadu"!) but you know how Europeans are always about a decade behind our pop culture anyway 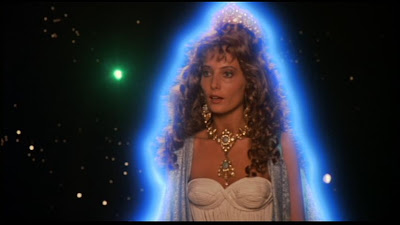 ("Suspend me in time....")
The whole movie is Hercules and two random eye candy gals running around capturing the 7 lightning bolts of Zeus that the other vengeful Gods hid on Earth 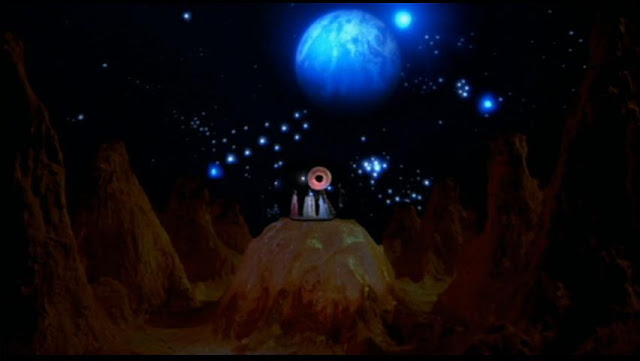 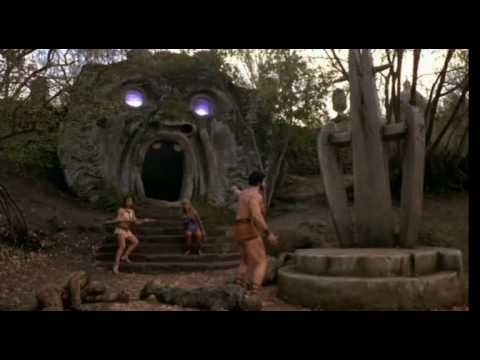 (Ooh, ooh Legends of the Hidden Temple! I get to be the Blue Barracudas!) 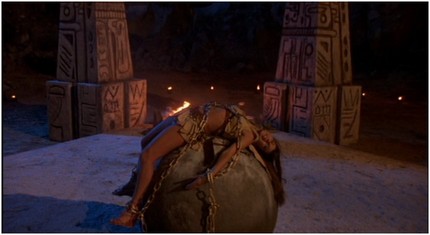 (See woman? You shoulda let me be the Blue Barracudas, dammit!)
Some sub-plot involving this cod piece wearing demon with some crown wearing villain fresh out of "Darby O'Gill and the Little People" 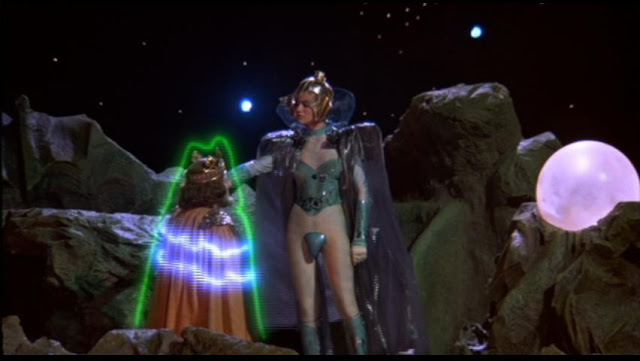 And my FAVORITE scene of the whole movie is this end fight where Hercules Atari transforms into King Kong to fight this neon T-Rex (Hello, neon T-Rex? Netflix this NOW!) 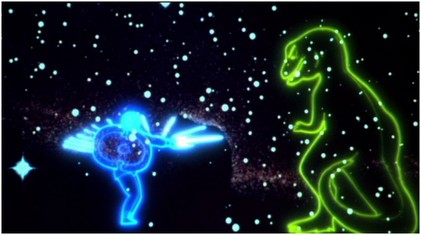 Here's a pretty magnificent edit of the whole film in 20 minutes (minus the ending). Normally I'd say these two Youtube videos are about all you need but this film actually made me laugh so hard I forgot my ails and worries.

Then again, I was heavily medicated....

Email ThisBlogThis!Share to TwitterShare to FacebookShare to Pinterest
Labels: Atari, Darby O'Gill and the Little People, Legends of the Hidden Temple, Lou Ferrigno, The Adventures of Hercules, Tron, Xanadu