The Dior Continues to Swing... 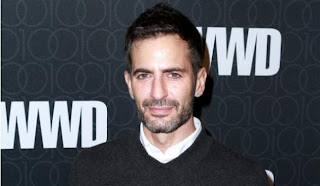 That's good news as Jacobs' vision is clearly suited for Louis Vuitton with the proof in continued sales growth under his guide.

But the disheartening news here is this buried bit that "it is understood Alexander Wang, Raf Simons and Jason Wu are among some of the candidates recently approached." 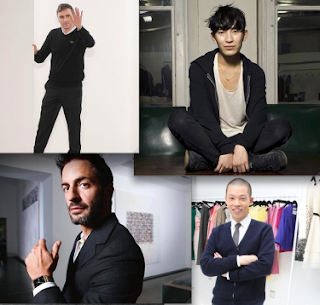 (Marc could be out, but which of these other names could really be "in"?)

Yikes! While Raf would be the best of that lineup given his penchant for imaginative and modern plays on color and print, Phoebe Philo's minimalist work at Celine already kind checks that box 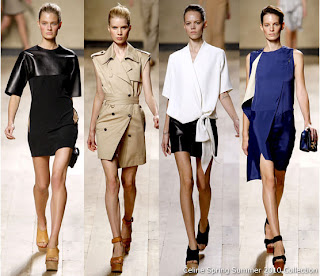 New talent Jason Wu still needs to find his way and that Alexander Wang is no Dior heir! I'm sorry I know gals love his loose and shapeless, but damn if I can at all see him designing for the 21st century lady of Dior.
Posted by mac at 10:28 AM