Battle of the Kate's Round 2

While you were busy eating veggie burgers and grilled asparagus all weekend, Miss Moss became a Mrs. 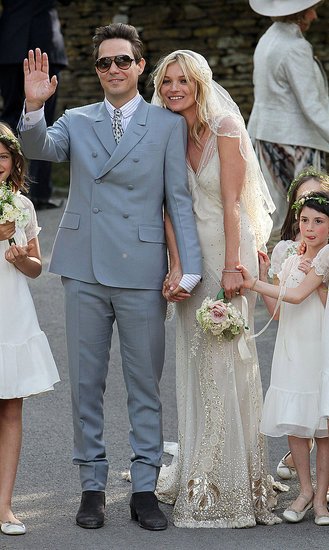 Moss married boyfriend of four years, Jamie Hince, the guitarist for The Kills. He wore a blue tux.
And as planned she wore a custom gown by her long time friend, disgraced designer John Galliano 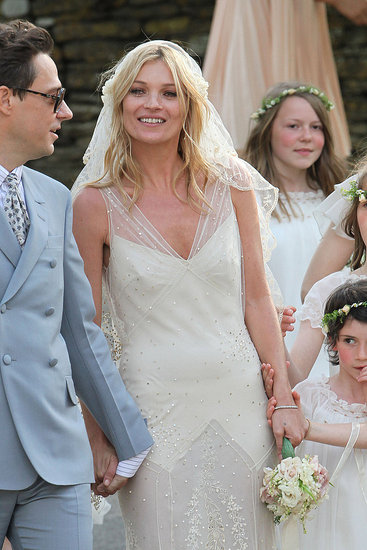 A gutsy move of loyalty but also style. Cuz for all his faults, Galliano can make some clothes. The dress is elegant and pretty on Kate. Very youthful and light. She's glowing.
Moss is wearing Zelda Fitzgerald's engagement ring, whom the dress was also inspired by, according to Women's Wear Daily. A very odd first choice on the road to marital bliss, if you ask me.
So now both Kates have married and both dresses have been seen. Which is your favorite? Middleton's long and lace or Moss' simple and political?
Posted by mac at 8:41 AM