Glenda Bailey Finally Getting the Boot? 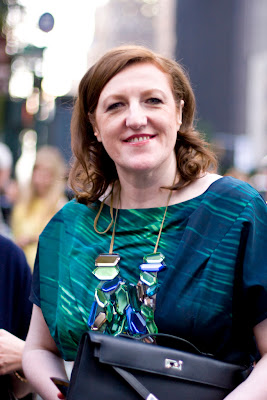 Could it be that after years of making a muck of the once storied Harper's Bazaar, Glenda Bailey is finally getting the ax?

"Hogatha", as we refer to her at the M+G household (see: Smurfs Villian), has let the magazine go down the drain in both content and ad dollars and Hearst ain't having it no more according to rumours swirling around the Twitter and blog-a-sphere.

Not to be a "I told you so" and all, but here's hopin' these rumors prove true! Fresh blood is desperartly needed at Bazaar.
Posted by mac at 10:43 AM