Chanel Does Not Own the Rights to Every C 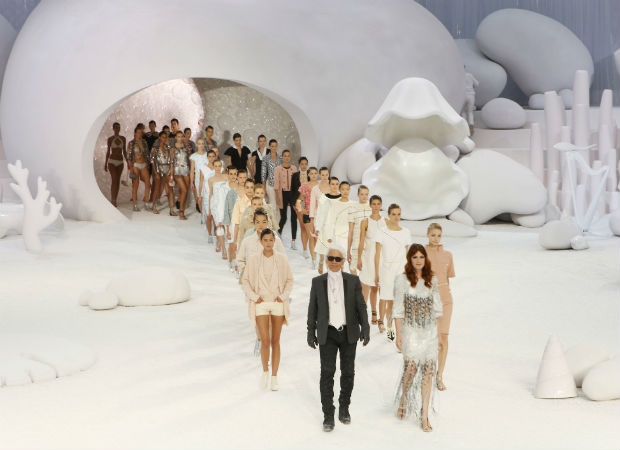 (When I first saw these pics, I thought isn't this a Spring show?)
Much has been made of Chanel's Spring 2012 "Under the Sea" affair, but like the many prom committees  before him, Karl didn't have to look too far for this idea. Many other designers were inspired by the ocean real and mythical this Spring season 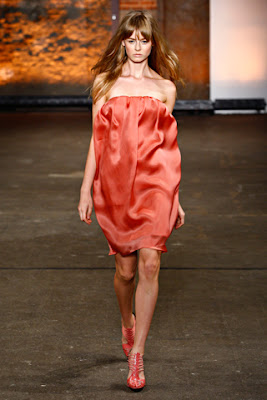 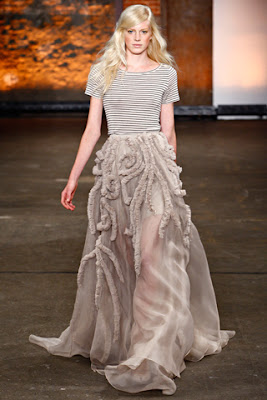 Christian Siriano created fantastic diaphanous gowns made of sea foam like yards of silk and draped cocktail dresses like shells in brilliant corals. 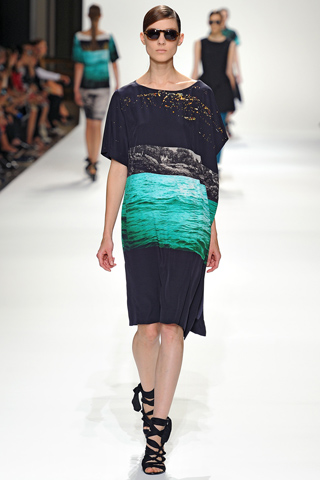 Dries Van Noten favored dark waters with jagged rocks and city light nights. It was all very gothic and strong. A sense of literally getting swept away in the power of the ocean.
And as always London Fashion Week designers turned ideas on their head 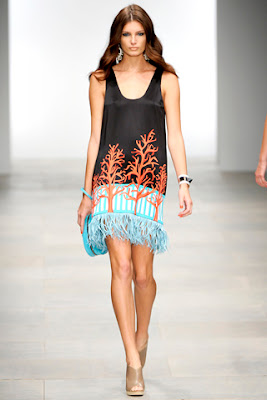 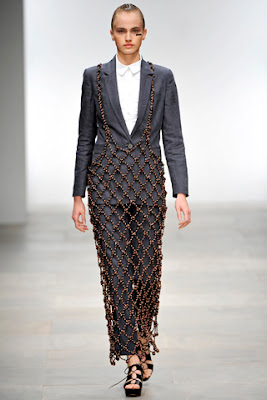 I loved British designer Danielle Scutt's netting as an over layer and fellow UK-er Holly Fulton went for graphic corals reinterpreted as landscapes and fringe.
So while Karl's got Florence Welch in a clam shell 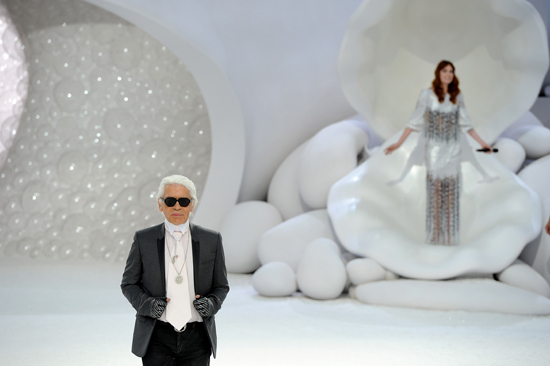 (Oh this pic says so much)
He does not have exclusivity to this sea.
Posted by mac at 10:29 AM