Hey, you got your horror movies in my biography! 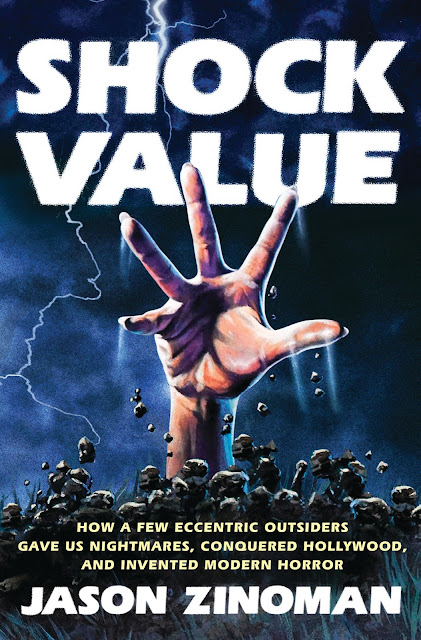 That's right two great tastes that taste great together: my love of slasher flicks and trashy bios. Here New York Times writer, Jason Zinoman fleshes out the creepy, oozy secrets of how landmark horror was made on the cheap by men with ideas.
Some classic scares visual valentines to the genre (In Halloween, John Carpenter cast horror icon Janet Leigh's daughter, Jamie Lee Curtis in the role of babysitter stalked in the suburbs by an evil anonymous force that felt universally relatable) 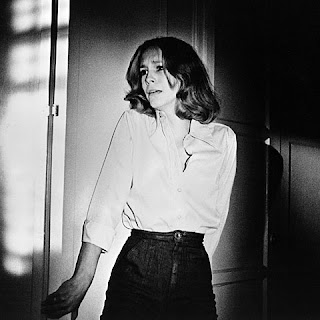 (Hollywood royalty)
Sometimes horror was a gateway to turn the profits into capital for their real movies. George Romero only made Night of the Living Dead so he could funnel the low-budge horror profits into a serious drama. Instead, with social implications he swears kinda just fell into place, the Dead became a huge hit of the 60's and redefined horror in its wake. No longer were the lines of  good versus evil so clearly defined. And no longer was the hero guaranteed to live

Wes Craven was just a boy with a domineering religious mother who needed to show the everyday horrors people can justify. His debut, Last House on the Left, turned the tables. Within a flash, sweet, everyday parents find their inner maniac and violently murder their daughter's attackers 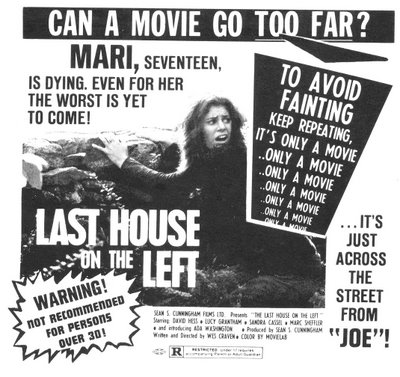 (Don't know who Joe is, but I know Craven's one hell of a salesman!)


"Shock Value" also explores the political in-fighting between these close-knit directors, writers and producers. There's so much backstabbing, idea stealing, betrayal and intrigue in this great group of masterful thinkers. Juicy! Like a big breasted teenage slut taking a shortcut home 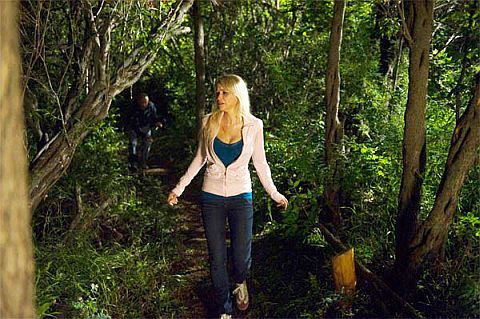