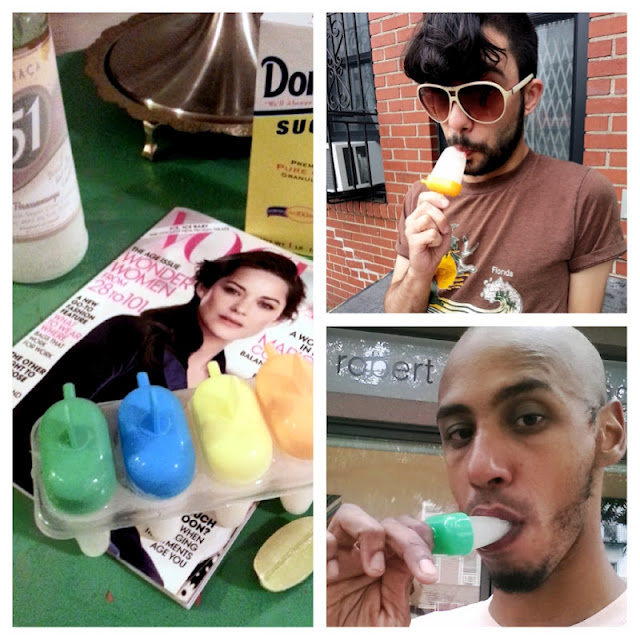 The September issues are out in full effect but until I get my hands on the Lady Gaga American Vogue, I casually poured through the August issue with Marion Cotillard.

Buried deep what should I unearth but recipes! In VOGUE! How dare they! 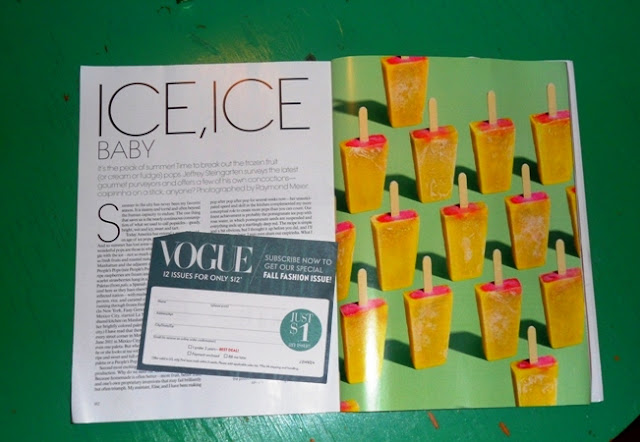 Granted they were for popsicles, which seems like one of those Get Out of Jail Free items for models to consume, so I figured, when in Vogue? 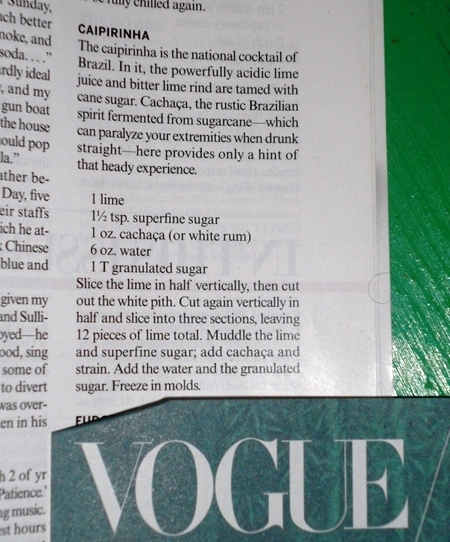 Of course I chose the Caipirinha which included a new fangled (for my whiteness) Brazilian rum, Cachaça, which despite Wikipedia informing me is pronounced "Ca-SHAH-sa", Ms GL and I had a hoot shouting "Ca-Shock-Ka!" during the whole boozy process 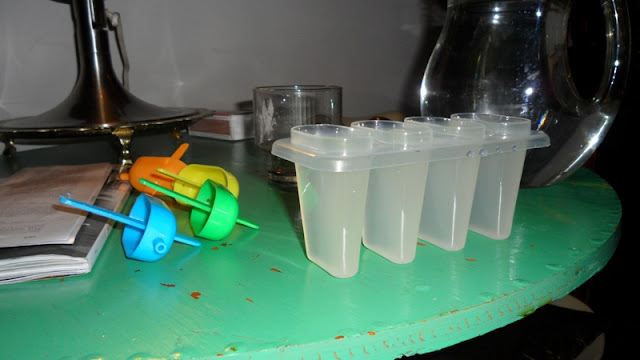 After muddling some lime, straining some sugar and making a mess, the results were Ca-shocking! 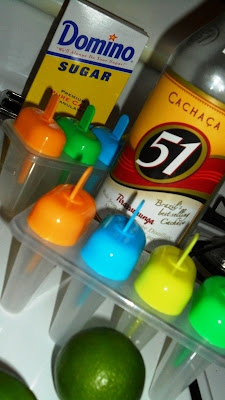 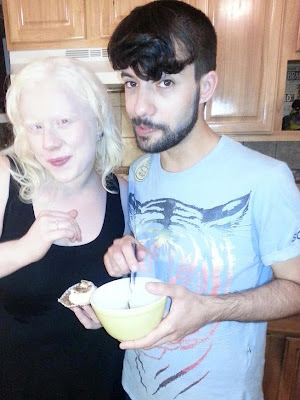 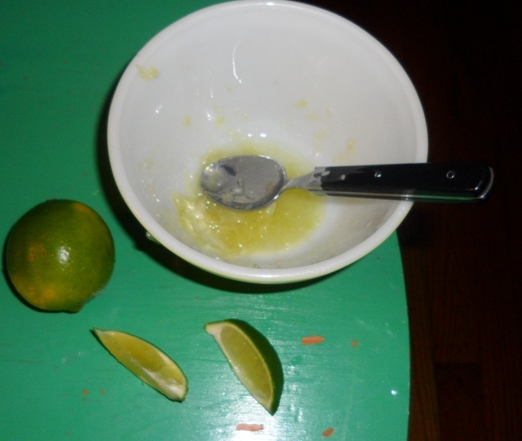 Child, I'd never have had the VOGUE idea to make me own ice pops. 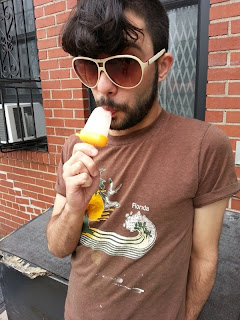 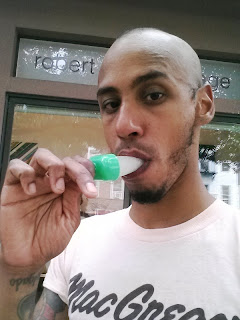