"Alexander Wang on Monday became the first designer of Asian descent to enter the highest ranks of Parisian high fashion when he was named creative director of the storied house of Balenciaga. "
-NY Times 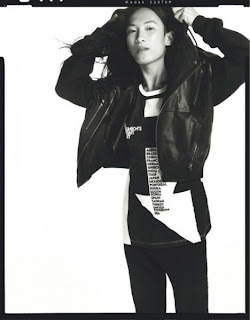 Ok, first off I guess we'll ignore Kenzo,  a Parisian high fashion label founded in 1970 by a Japanese designer, Kenzo Takada, and recently rejuvenated when LVMH (who owns the line now) brought in Opening Ceremony prodigies, Humberto Leon and Carol Lim, both of Asian descent to be the new creative directors. Oh Grey Lady. Fact check much?

But more importantly, how did this pairing come to be? Many industry insiders are grumbling that this a thinly veiled attempt to bring in a designer who can craft an 'It Bag' since most houses depend on handbags and shoes to make money. Balenciaga currently has none of those but behind Alexander Wang is the widely popular 'Rocco', 'Diego' bags and 'Anouk' and 'Amber' shoes featured all over street style blogs. Make no mistake PPR, which owns Balenciaga, is betting the house on proven accessory cash cow know how 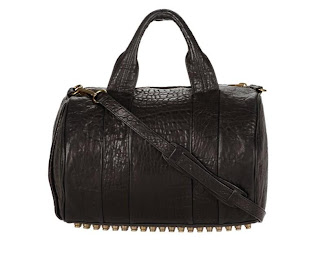 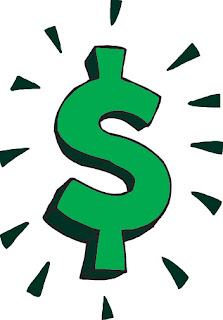 Nicolas Ghesquière left Balenciaga on such a high note built on seasons of pushing silhouettes to new limits. Volume shouted with striking, architectural constructions of shape that seemed other-worldly. Funny, the same was said for Cristóbal Balenciaga when he freed women of classical silhouettes, crafting instead volumes for women to utilize like armor 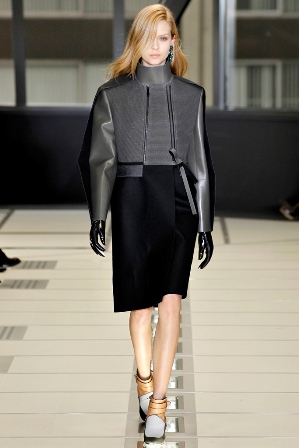 In stark contrast, Wang had popularized the street urchin chic of slouch and burnout stretch jersey. How will this translate to the house the cocoon coat built? 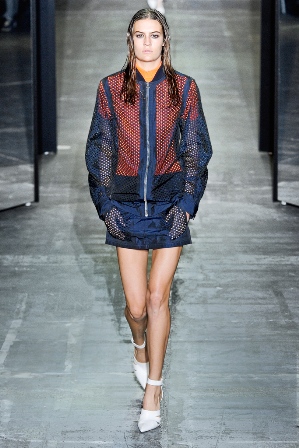 Finally, and it needs to be said, especially with Wang entering "the highest ranks of Parisian high fashion", there's a quality issue giant white elephant in the room. Balenciaga under Ghesquière was made in France, Italy or throughout Europe. Wang's line is made in China (or possibly US sweatshops?) Will clients be willing to ante up for inferior products rushed to increase margins?

(Above Wang Photo Credit: Flare.com)
Posted by mac at 2:45 PM